Shifting Western Australia’s main electricity grid to 90 per cent renewables by 2030 is not only technically and economically feasible, but would create thousands of new jobs during an economic slump, a new report has found. The report, put together by Sustainable Energy Now based on data from the Clean Energy Council and the Australian Industry Group, finds that moving W.A.’s South West Interconnected System, or SWIS, to 90% renewables by 2030 would generate 5,000 jobs a year on average.

Call it a school upgrade, a maintenance improvement, a learning opportunity, a right start in life. Western Australia’s Solar Schools Program was launched last week in the Pilbara town of Port Hedland to bring multiple benefits to the quality of student experiences in the state’s regions.

Five Hedland schools are set to be transformed into “virtual power plants”, as part of the State government’s $5 million solar schools program for regions.

South West WA could have 5000 jobs a year for a decade in a race to 90% clean energy, according to a study by Sustainable Energy Now.

The Energy Transformation Taskforce has delivered the largest package of changes to the Electricity Networks Access Code since 2004.

Electric buses will be operating on Joondalup streets in a trial from early 2022, with buses from Volvo and charging infrastructure provided by ABB.

A flurry of renewable projects has connected to the grid in recent months, although the pace of development could slow.

Hydrogen, batteries, and standalone power systems are a major focus for WA’s regions.

Western Australia is soaked in sunshine, and PV uptake is challenging the grid. But small numbers of medium-sized community batteries are taking the heat off the system, while helping more people to reap the dividends of rooftop solar PV.

30 public schools in remote and regional WA to benefit from Solar Schools Program, with Horizon Power to supply and install rooftop solar systems at the schools.

Load flow studies form the basis for the steady-state analysis of power systems and are performed for a wide range of applications from planning to operations. The studies are typically conducted using computer software packages such as PSSE, DIgSILENT PowerFactory, ETAP, PowerWorld and SKM Power*Tools.

The load flow (or power flow) calculation solves for four steady-state electrical quantities (at each bus and branch element):

We can use these four basic electrical quantities to calculate other quantities of interest, for example:

These calculated quantities are of interest to electrical network operators and design engineers in order to ensure that the power system operates efficiently and within limits. The rest of this article will talk about the generic structure of a commercial power flow solver / algorithm and how to debug convergence problems.

Note that automatic tap or shunt control is sometimes included in the inner loop, but only when continuous tap/shunt steps are used. When automatic tap and shunt control is incorporated in the outer loop, the power flow algorithm will attempt to switch the positions of the taps and shunts at the end of every inner loop iteration to satisfy the control conditions (e.g. bus voltage or branch power flow setpoints).

When a load flow fails to converge, the first step to diagnosing the problem is to identify whether the algorithm has failed in the inner or outer loop.

An inner loop problem signifies that the Newton-Raphson equations could not be solved, which could be due to ill-conditioning, voltage stability issues, etc. This usually results in a program error message stating that the algorithm has either diverged or stagnated.

On the other hand, when the problem is in the outer loop, the Newton-Raphson equations can be solved, but control conditions can’t be met (e.g. voltage setpoint could not be reached with transformer taps at maximum / minimum settings or are hunting between two tap steps). Typically, a maximum number of outer loop iterations must be reached before an error is reported by the program.

As mentioned earlier, inner loop problems suggest that the system is ill-conditioned and the Newton-Raphson algorithm either diverges or is stuck in a local minimum (i.e. stagnated). Mismatches in generation, poor distribution of generator dispatch and local voltage stability issues are among the common causes for an inner loop problem:

Some approaches to resolving inner loop problems are as follows:

Some approaches to resolving outer loop problems are as follows: 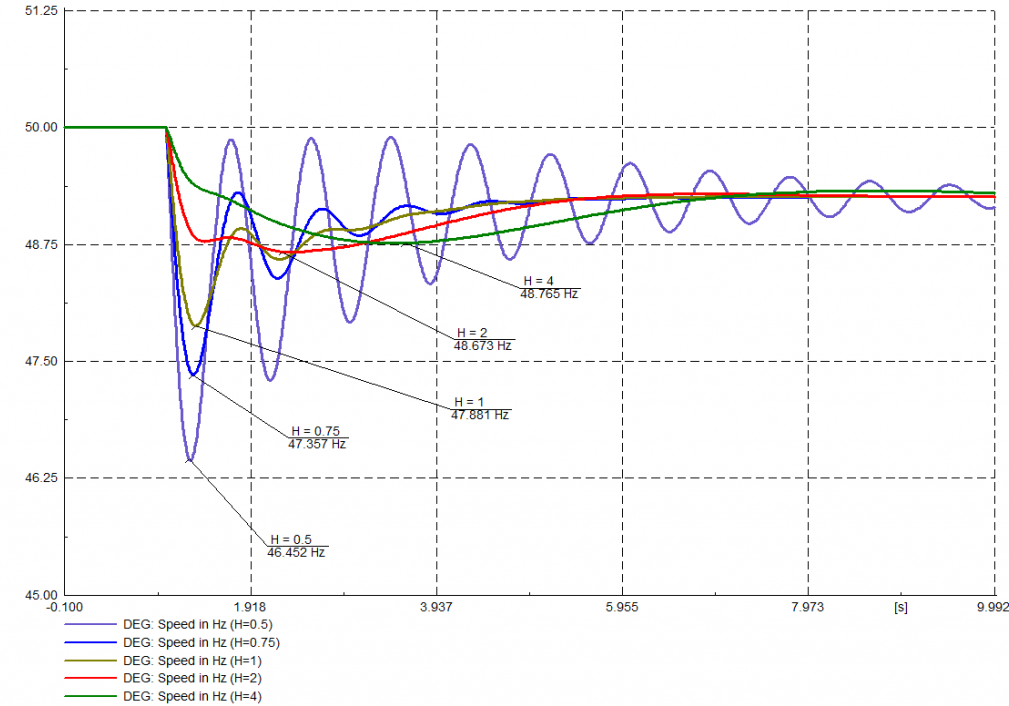 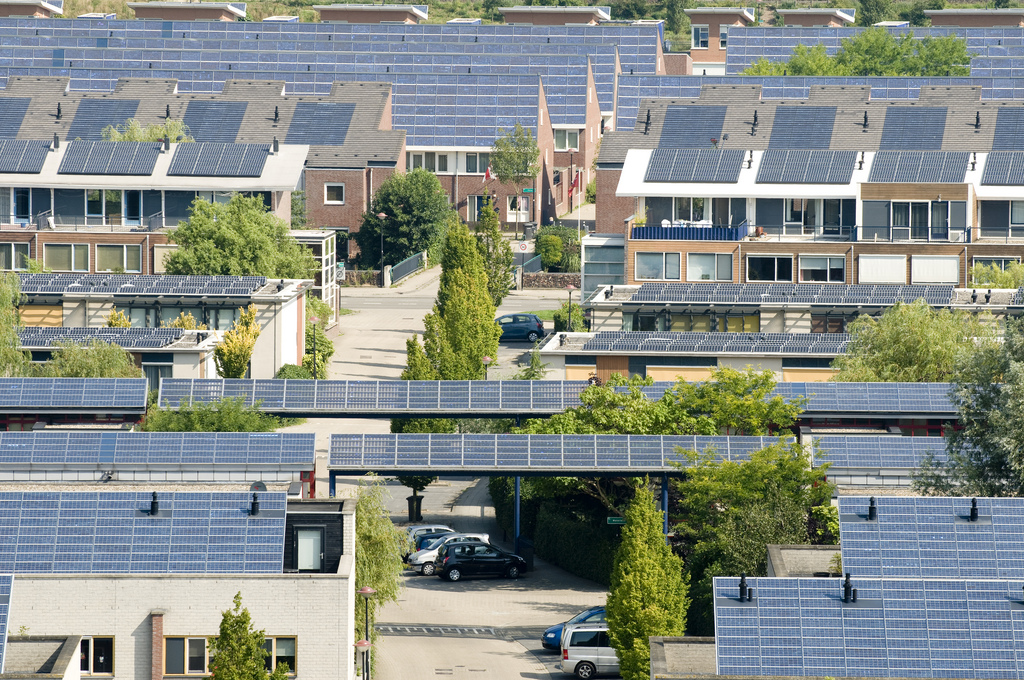 Transmission and distribution networks are natural monopolies and in Australia (as in most other countries), they were once part of vertically integrated corporations comprising either the complete or significant portions of the electricity supply chain (e.g. the state electricity commissions). During the industry restructure of the mid-1990s, these corporations were broken up so that in each state, there was a single monopoly transmission company (e.g. TransGrid, Western Power, PowerLink, Electranet, etc) and one or more geographically-focused distribution companies (e.g. Ausgrid, Ergon, Citipower, etc).

Despite the unbundling process, the network businesses are still relatively large in scale, with approximately 550,000 km of poles and wires shared between just 18 network companies in the National Electricity Market (NEM). In particular, distribution companies can own assets from sub-transmission level (e.g. 132kV) all the way to the 240V meter box at a residential premises.

One possibility is for cooperatives in a localised geographical area (e.g. a suburb or housing estate) to acquire ownership of the low voltage distribution assets in the area, connect to the distribution network at one or two points as a major customer (e.g. at kiosk substations) and participate directly in the wholesale electricity market as a single coordinated entity.

Such a local distribution cooperative could be a microgrid with a mix of its own distributed generation and storage, or it could simply be a consumer aggregating the households in the area (e.g. Virtual Power Plant). However, to get the most out of participating in the electricity market, the cooperative needs to have some level of controllability. What this could mean in practice is an energy management system that can control discretionary household loads (such as hot water heaters, air conditioner thermostat settings, swimming pool pumps, washing machines, etc), as well as generation and storage resources, in order to optimise the kWh price on the spot market for the whole cooperative.

For example, when the spot price is high due to peak loading or a binding network constraint, the energy management system can control discretionary loads, generation and storage to either limit energy purchases or sell energy back to the market (and vice versa when spot prices are low).

The cooperative itself could be run like a body corporate or owners corporation, with a professional management company appointed to maintain and manage the local distribution assets (e.g. poles, lines, energy management system, etc) on behalf of the owners. The cooperative acts like a micro-retailer and the owners simply pay an equivalent electricity tariff to maintain the system. In some circumstances, the cooperative could even pay out a dividend from profits made trading on the wholesale electricity market.

A looming obstacle for local distribution cooperatives will be convincing (or coercing) DNSPs to sell / transfer their assets to a cooperative. Under the current regulatory scheme, networks are paid a guaranteed return on their regulated asset base (RAB), and this of course gives DNSPs very little incentive to reduce the size of their RAB.

In the United States, the recent track record for municipalising electric utilities has been mixed. In some cases, local municipalities were able to negotiate the purchase of utility assets without much pushback from the incumbent utility business, typically when the incumbent saw strategic gains from pulling out of the area. In other cases, there was significant resistance from the incumbent to municipalisation proposals and negotiations were difficult and acrimonious.

However, there is a case to be made that micro-scale municipalisation proposals like local distribution cooperatives could face less resistance since the value of the assets are relatively low.

A new role for DNSPs

If local distribution cooperatives were to emerge as viable businesses, this could signal a trend towards a widely distributed ownership of electricity network assets. Micro-scale networks owned and operated by the locals who live there would change the landscape of the electricity supply industry. Where present day DNSPs have to plan and optimise a network across large geographic areas, the local distribution cooperatives only need to worry about their own small sections of the grid. The role of DNSPs would be more akin to what transmission networks are now – a backbone for the bulk supply of power to the local networks. Two or more cooperatives could potentially build private interconnections between each other’s networks, bypassing the DNSP altogether.

Moreover, there is the possibility that local distribution cooperatives can negotiate their own terms of connection to the DNSP, for example, customising the trade-off between network reliability and use of service charges. Of course, such provisions would necessitate a fairly significant change in the rules by the AEMC, but it has the potential to give more choice and responsibility to end-users regarding their own electricity supply and how they choose to manage risks and resources.